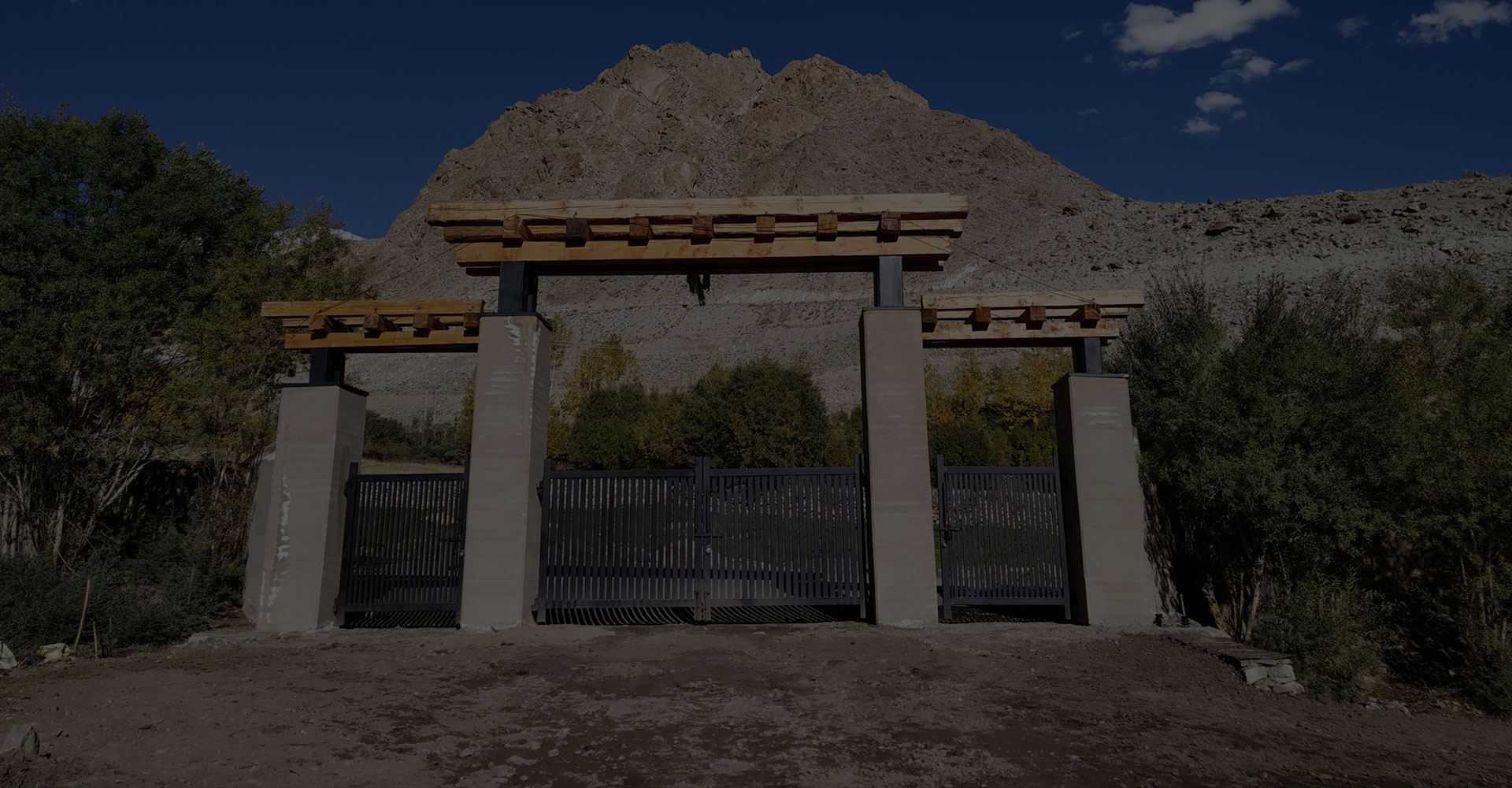 Leh occupies a special position at the crossroads of civilisation. For hundreds of years the town has been a meeting point for people of all faith, cultures and purposes. Today much of that overland trade has dried up. But the fabric of Leh endures. The Spurkapa family has lived and worked this land for over 10 generations. The village of Gangles, where we are located, was originally settled by eight families, including ours. At an altitude of 11,700 feet (3566 metres) above mean sea level, the village offers dramatic, panoramic views of the Stok range. The hotel is the brainchild of Sonam Norboo—in essence, an extension of the family home. Like his ancestors, Sonam had strong ties to the land. He farmed the land with the rest of the family before enrolling in Tokoshima University, in Japan, to study mushroom cultivation. He spent three years completing the course and became fluent in Japanese while he was there. When he returned to Leh he was employed as a Junior scientist with the Field Research Laboratories Leh. However, in 1974, when Ladakh was opened to travelers, he started the first travel agency in the region and has been connected with travel, in several different capacities, ever since.

Accessible, yet set slightly away in the upper reaches of the Leh valley, the hotel offers unparalleled access to rural life in the traditional Ladakhi way while also enjoying the comforts and luxuries of the modern world. Whether its engagement, activities or relaxation you seek, Gangles has plenty to offer.

You don't have permission to register

WhatsApp us for a quick enquiry